There Go Those BoMar Boys

Get an Estimate
Schedule Service 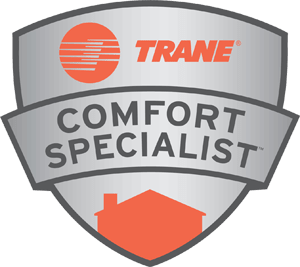 A Clogged Chimney Can Equal Death by Carbon Monoxide

An unvented kerosene or gas space heater can kill you. Every year, poisonous gas backup from a clogged chimney or defective furnace kills 700 Americans.

The name of this invisible, odorless killer is carbon monoxide. Most people know it as the poisonous gas that comes out of a car's exhaust pipe. Outdoors it's diluted down to safe levels by the surrounding air. But close it up indoors and its kills without mercy. Victims fall asleep and never wake up.

The most recent instance was on the morning of January 10 in Wilmington, Delaware, when a couple slept while deadly carbon monoxide prowled through their rowhouse. Hours later, they lay dead on an icy sidewalk where paramedics had carried them.

The insidious thing about carbon monoxide is that it replaces oxygen in the blood, so you can die from a high concentration in a short amount of time. If you are lucky enough to realize what's happening, find fresh air -- get outdoors if possible. If you lose consciousness you must rely on the assistance of others. Medical personnel can increase the chance of survival with a hyperbaric chamber, which provides a 100 percent oxygen atmosphere under pressure. But the best way is to avoid the causes of carbon monoxide -- like a clogged chimney.
Wilmington firefighters pulled two pounds of brick and dust out of the rowhouse furnace. The chimney also was clogged with broken bricks, birds' nests, leaves and ice. The couple, residents since 1994, did not have a carbon monoxide detector. It might have saved their lives.

The threat of carbon monoxide poisoning is most treacherous when the gas collects from otherwise safe sources gone bad. This is due to inefficient or malfunctioning fuel-burning
appliances in poorly ventilated areas. As homes have gotten more airtight to improve energy efficiency, the threat of carbon monoxide poisoning has become a bigger problem.

Carbon monoxide is a byproduct caused by the incomplete combustion of many common fuels. It can come from furnaces, space heaters, ranges, ovens, stoves, fireplaces, water heaters, and clothes dryers.

At low levels, carbon monoxide causes fatigue, headaches, dizziness, nausea, increased chest pain in people with heart disease, confusion and disorientation. Because the chemical is colorless, odorless, and tasteless, and some of the symptoms are similar to common illnesses like a cold or the flu, the effects may not be recognized until it is too late.

Other poisonous gases that can build up indoors during the heating season are nitrogen dioxide and sulfur dioxide. Their accumulation also poses indoor air problems.

Nitrogen dioxide is a colorless, odorless gas that can irritate the nose, throat and lungs; cause shortness of breath; and increase incidences of respiratory illness.

Sulfur dioxide gives you a warning -- it smells like rotten eggs. At low levels, it irritates the mucus membranes -- the eyes, nose, and the respiratory tract. At high levels, it narrows airways in the lungs, causing chest tightness, wheezing and other breathing problems.

Considering the risk of illness and death, it's surprisingly easy to protect yourself and your family from these invisible poisons. A good beginning is an inexpensive carbon monoxide detector -- home models retail for under $40 at any hardware or home improvement store.

If you detect carbon monoxide, or suffer chronically from any of the symptoms described above, get a qualified heating technician to inspect and clean your furnace, flue and fireplace.

Thank you for your submission.

There was a problem with your submission.

There was an error with your submission.